Learning on the floor gives the municipality's service a lift

The background was a sort of aha experience with a larger IT project, where the municipality mapped a large number of workflows. The survey showed that workflows were largely not documented, that they varied considerably between employees and departments, that the quality of learning varied greatly and that process confirmation of workflows was lacking.
"As a result, we organized a workshop where workflow stabilization was on the agenda and then we participated in a TWI conference in Copenhagen in the summer of 2014. The conference convinced us that TWI was the right method for us to achieve systematic workflow training and achieve uniform standards for how we work," says Peter Højvig.

Not enough to describe

It is not enough to describe workflows and standards. The ability to uniformly and effectively train colleagues and new employees in practice is crucial to achieve the goals of high quality in the meeting with citizens, clear knowledge of the tasks, higher productivity in case management, allowing time for development, and higher job satisfaction. Thus was the recognition in Odense municipality, and it formed the basis of the five pilot projects with TWI.
"We have chosen to be very faithful to the TWI methodologies, which are very specific, in our five pilots, which have included about 120 employees from five different parts of the administration," says Peter Højvig, adding: "We can see that TWI has solved our challenges better than any other method we've had experience of. TWI is based on the same principle as the one lauded by Toyota, namely that you have to build people before building cars, and it is the perfect basis for our work with Lean, which we simply call company management."

"The project has made me even more present in the meeting with the citizen," says Karen Balle Andersen, civil servant for an internal medium in Odense municipality. She has participated in one of the five pilot projects and says that the projects have aimed to create better coherence and common structure in the way that the administrators work in their daily activities. In practice, it has been found that there is quite a large variation in the execution of the work in and between the administration. According to Karen Balle Andersen, the pilot project has created greater confidence that the standards for workflows that employees and managers follow creates a unified and clear framework for the meeting with the citizen – with high quality. She has helped to describe standards and has subsequently trained colleagues in the standards according to the TWI methods. 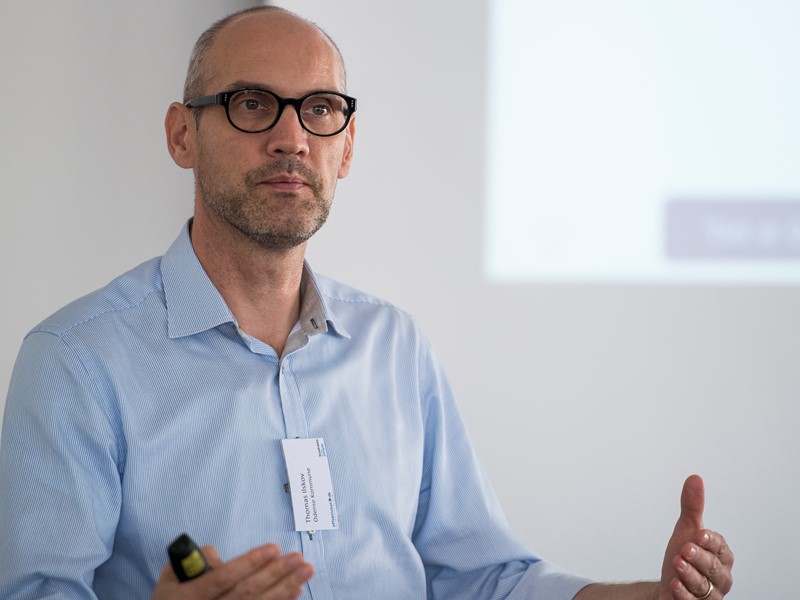 The TWI pilots have generated significant business results, which has been achieved through the development of employees. The majority of employees estimate that they have become better at performing the work (64 percent) and that it has become easier to perform the work (71 percent). Employees find that it has become clearer what is expected in their work, which is a significant gain from working with TWI. Therefore, it is also not surprising that several employees believe that TWI has contributed to better job satisfaction and that 90% of employees would recommend others to implement a similar project.
The results have come through a significant change in behavior among employees, trainers and managers. The behavioral change requires a certain amount of time each week. Therefore, trainers, training coordinators and managers have spent considerable amounts of time each week. For example, operators now dedicate two days a week to TWI-related activities, such as learning and process verification. The time has been set in a weekly operation schedule.

Ready for the big journey

The municipality has now trained a number of internal job trainers who are ready to participate in a wider and more large-scale implementation of TWI in larger parts of the municipal administration. "The results are so remarkable that they almost speak for themselves. Obviously, we are experiencing some resistance, you always do when you want to introduce changes. But we feel that resistance quickly disappears when executives and employees get more acquainted with TWI and the results that the pilots have created. The pilots have also spawned a number of ambassadors who are good at conveying the method to their colleagues who may be a bit skeptical," says Peter Højvig.
He emphasizes that the method is not negotiable and that they emphasize the importance of being loyal to the TWI methods, which explicitly and accurately describe the approach and the certification content.
"We have a detailed rollout plan for the next nine months and it will be done at maximum rollout rate," he says.

The TWI training system was founded by the US Department of War during World War II. The combination of labor recruitment to the military service and the need for significantly increased production capacity in industry created an urgent need for effective training of many new workers. The working party realized that the most efficient and fastest way to implement a change was to provide the industry with tools to implement the changes themselves. And thus a training program was created with a unique train-the-trainer focus. Later, TWI formed the basis for kaizen in Lean as Toyota used TWI in the creation of the Toyota Production System.

Want to Know More About TWI?

Your next step could also be:

If you have any questions to the content in this article or to Training Within Industry (TWI) in general, you are most welcome to ask them directly to one of our Enablers, or by calling us.

Thomas Ilskov Nielsen is a Senior Enabler in Business Through People ApS.